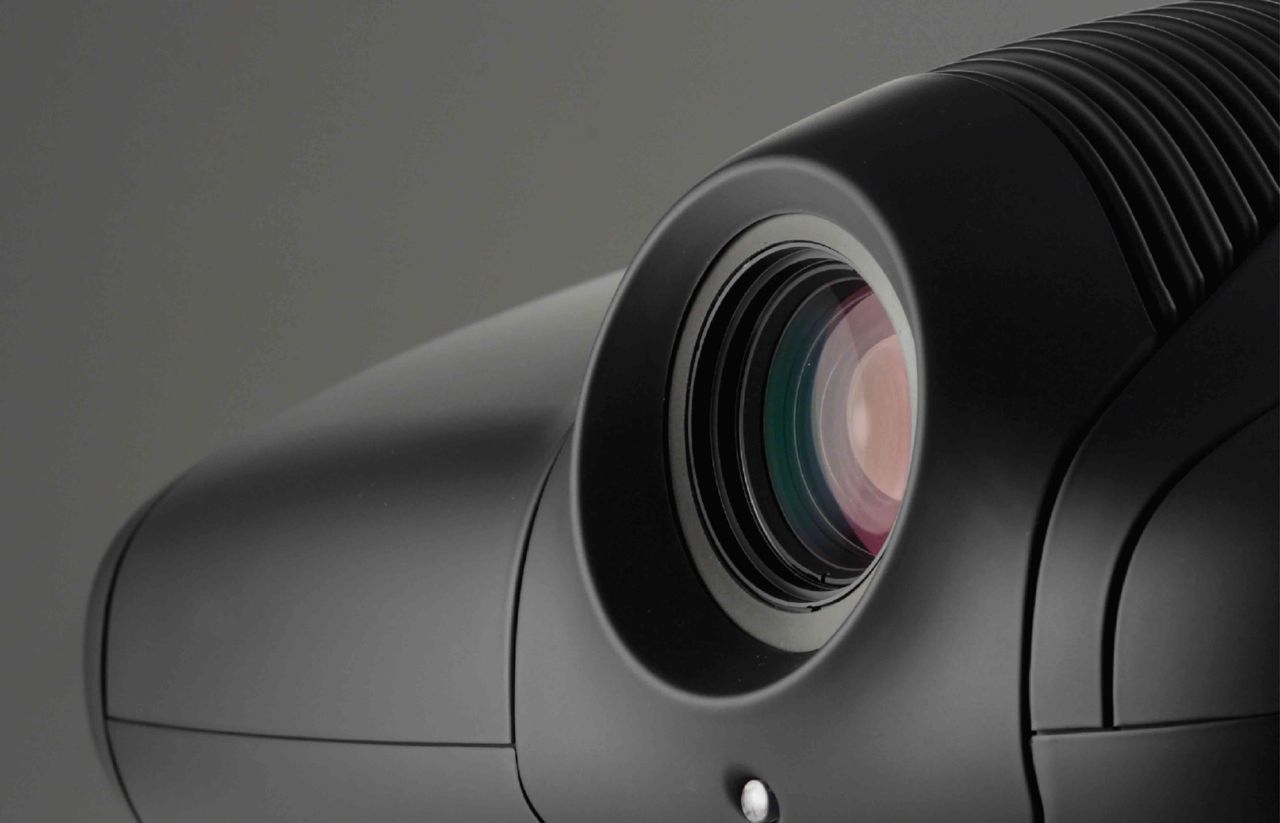 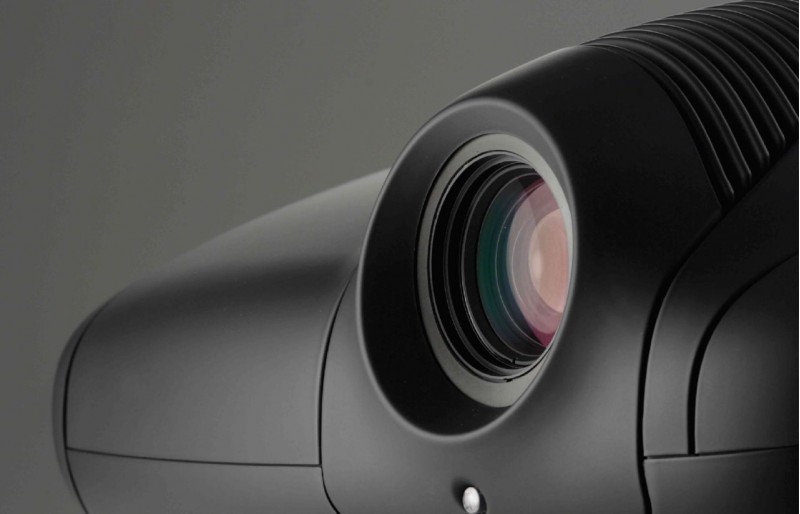 True HIGH DYNAMIC RANGE PROJECTION is something particularly challenging, find out more about that having a quick look at the “introduction to HDR projection” page.
We know that Digital Cinema recommended Illuminance Value is ≥ 48 lx (14 fL) which is a long shot from anything acceptable as “high dynamic range”. We tested many different solutions and came to the conclusion that the target values for a real HDR projection should be a Dynamic Range ≥16 f-stops and a Max illuminance Value ≥240 lx (70 fL).
With such goals in mind, the conclusion was to design a system relying on two totally different projection devices working together, one optimized for the low lights and the other for the high lights.
Welcome the SIM2 Dual System Cinema. 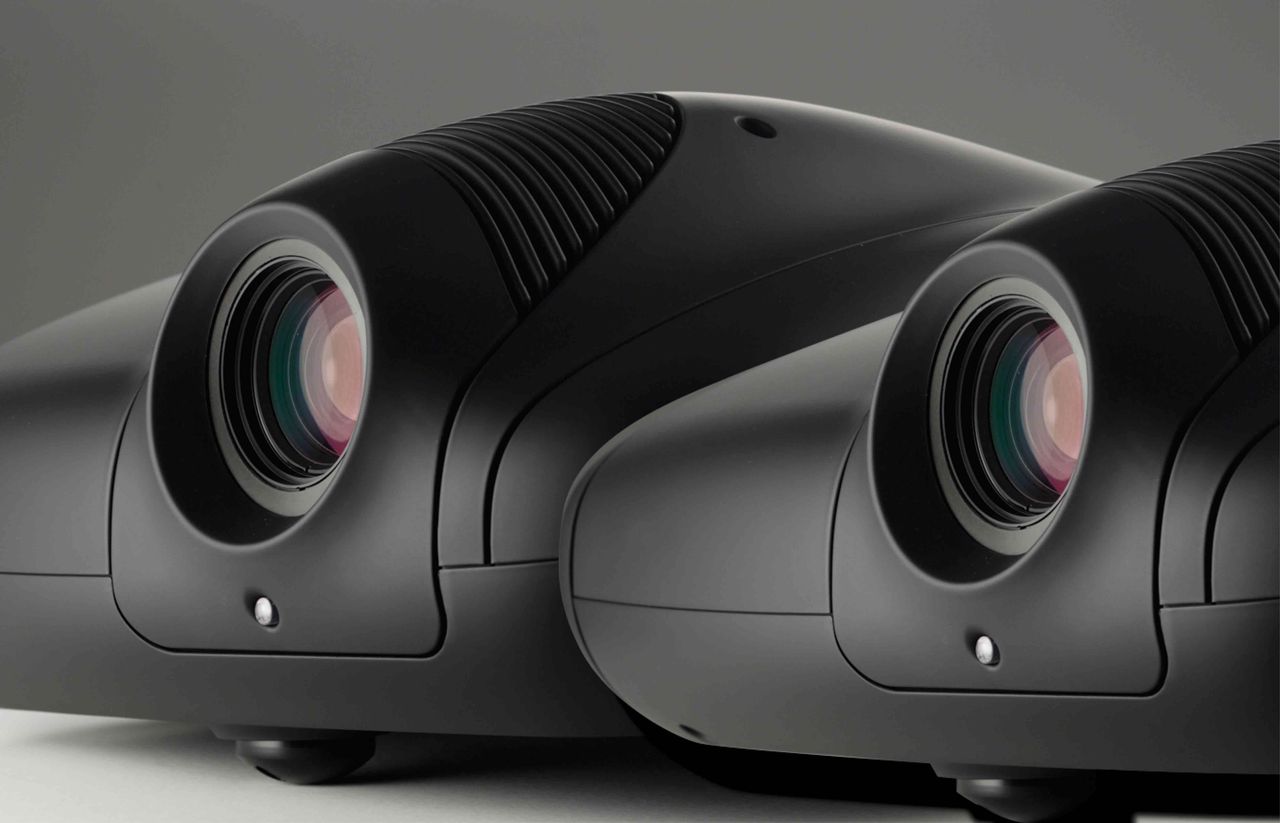 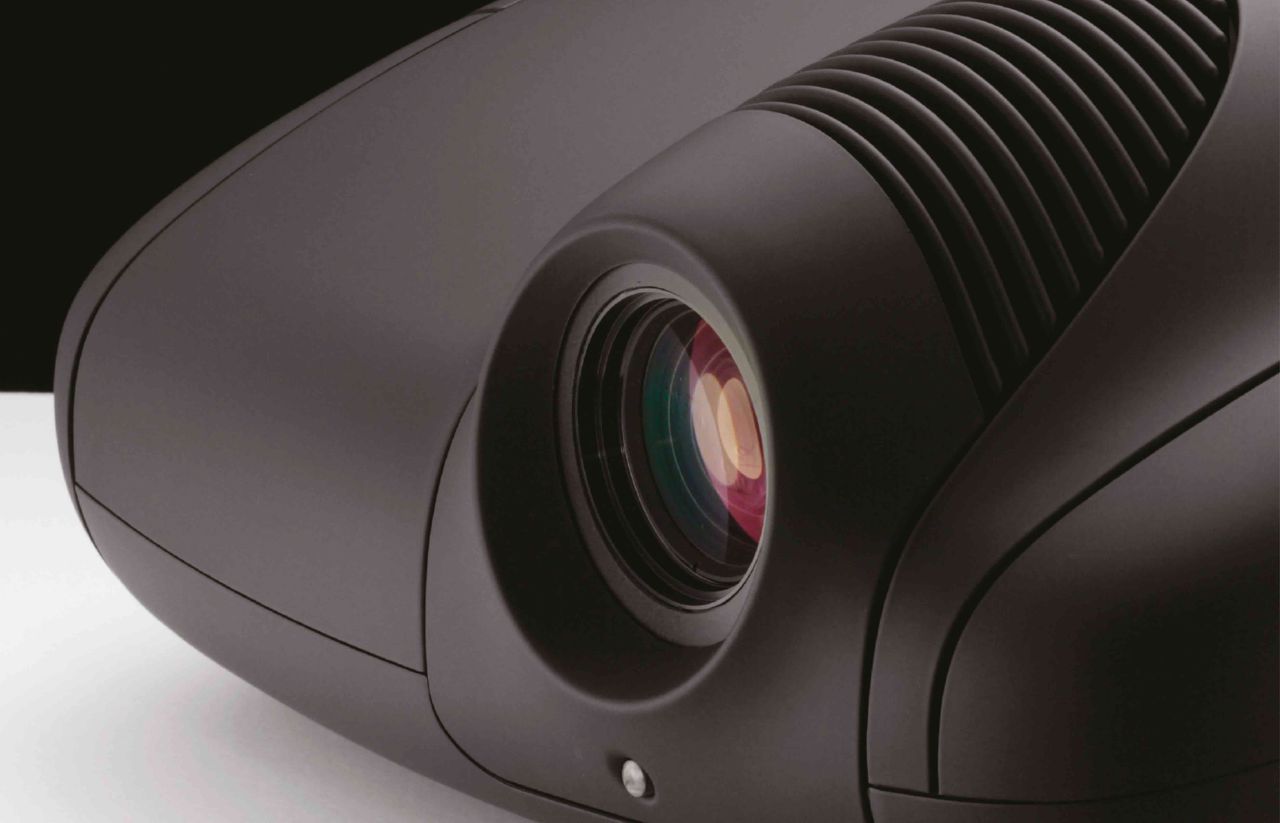 High Dynamic Range visualization is today’s buzzword, and when HDR is done well, with good reasons. What does it mean HDR in general and specifically for projection?

The human visual system is the reference for reproduction of video images in general and in particular for the reproduction HDR images. The purpose of an HDR technology is to reproduce images with a luminance range equal to the one perceived by the human visual system without adaptation, which is round of 5 orders of magnitude, or 16 f stops.
We can simply see that as producing images with a wider difference between the dark and the bright areas, a wider range of brightness levels, a better contrast.
Moreover, in order to reproduce the vast majority of images as seen from real, we would need a display capable of reaching high luminance peaks. How much should be such “high level” is a debated question, but many agree on a 10,000 cd/m2 level as an optimal goal.

Such approach has already been mastered by SIM2 in developing its HDR47E series of monitors, capable of a maximum brightness well above 6000 cd/m2 and a dynamic range of more than 17 f-stops. Our HDR monitors have become the benchmark and main workhorse for all the professional dealing with HDR technologies creation.

Next challenge was to take true meaningful HDR visualization to projection.
Image generation in projection, where the light reflects on a surface is very different from monitor and televisions where the emitted light directly hits the eyes. The whole system is so different that even the usual measurement units are different when it comes to tell how bright the image is: we talk about cd/sqmt for monitors (luminance) and lux for projection (illuminance). 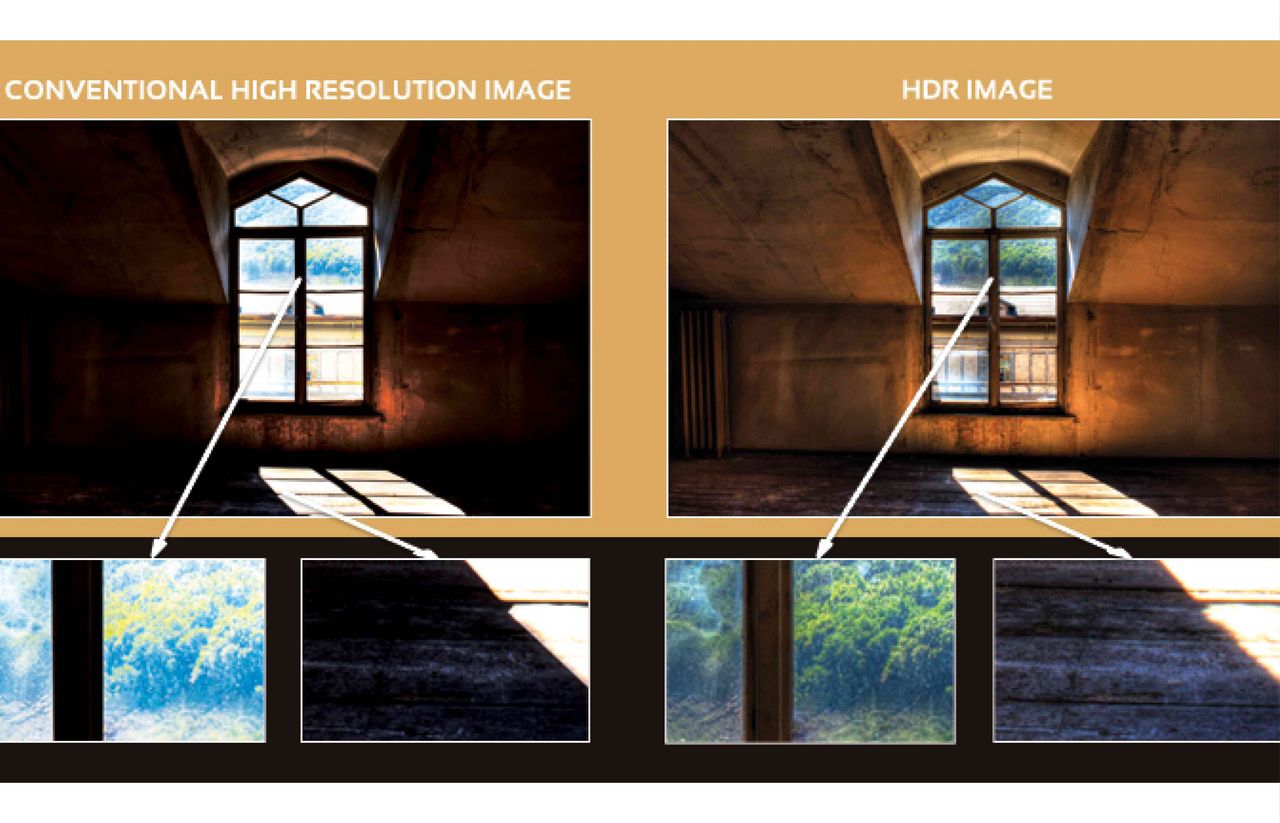 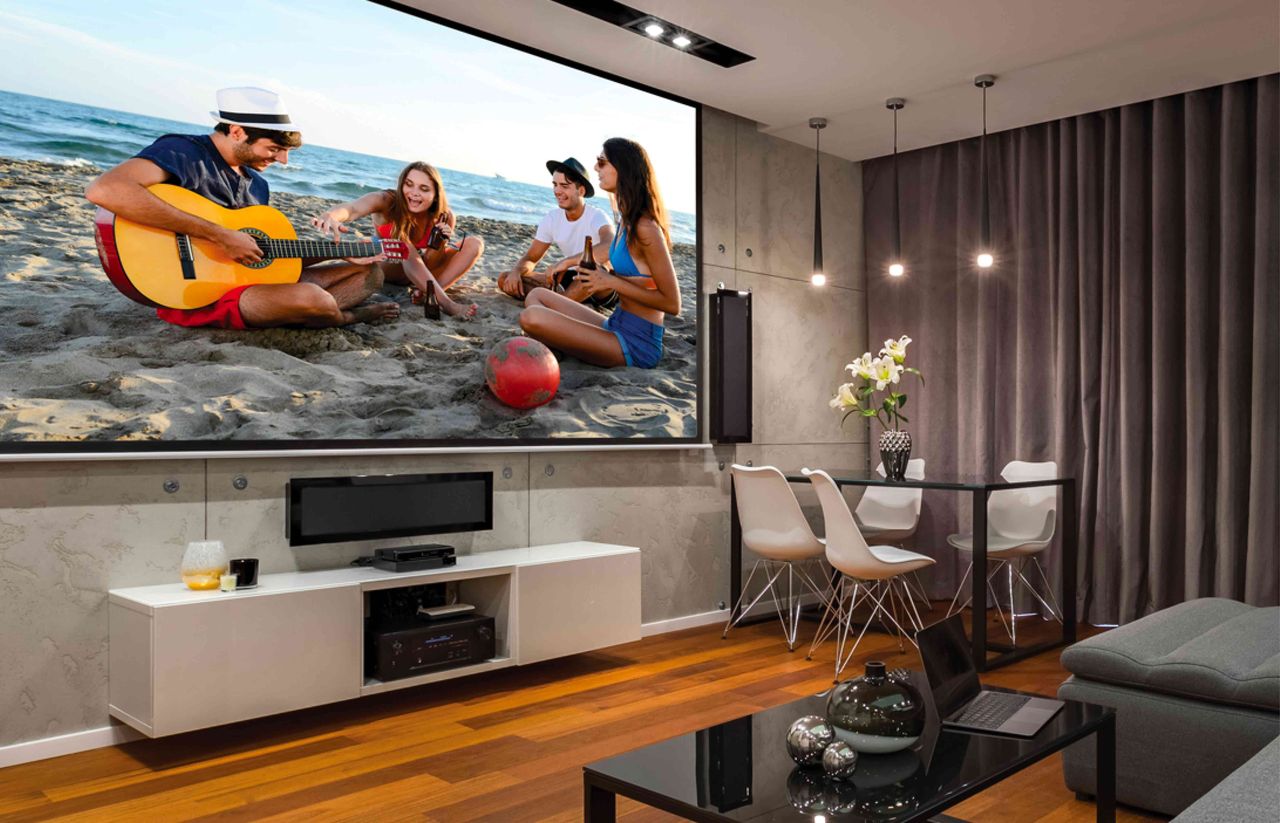 Today we can find many projectors on the market claiming to be “HDR”, most of the time (maybe always?) it is about a projector or a monitor equipped with HDMI 2.0a inputs, which is able to manage HDR static meta data and decode HDR standards. That does not mean that it is able to reproduce HDR images, what about the luminance peak and range we discussed above?
For projection technology, monitor-like levels of illuminance are impossible, but much can be done to reach peak and range truly compatible with HDR definition.

“In the light” of the know-how and expertise conquered with the monitors, SIM2 has pursued the challenge of creating a true HDR projector. Many solutions have been investigated, even including a serial double modulation, with 4 chips (1 chip to modulate the light from the light source and 3 chips for the individual RGB modulation). All of them have been abandoned, for various reasons, such as poor efficiency or unsatisfying image quality..
After prolonged lab tests, SIM2 managed to achieve a new milestone: home theatre high dynamic range projection. 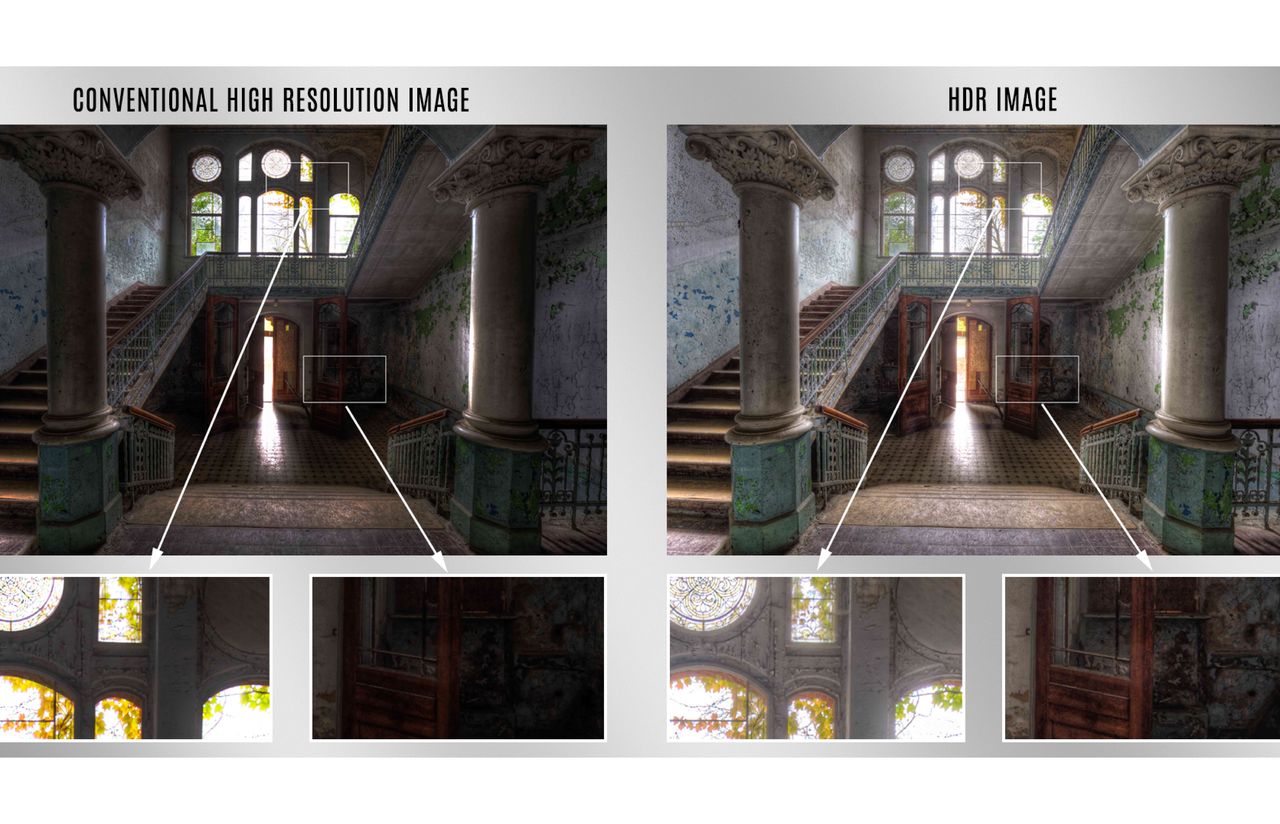 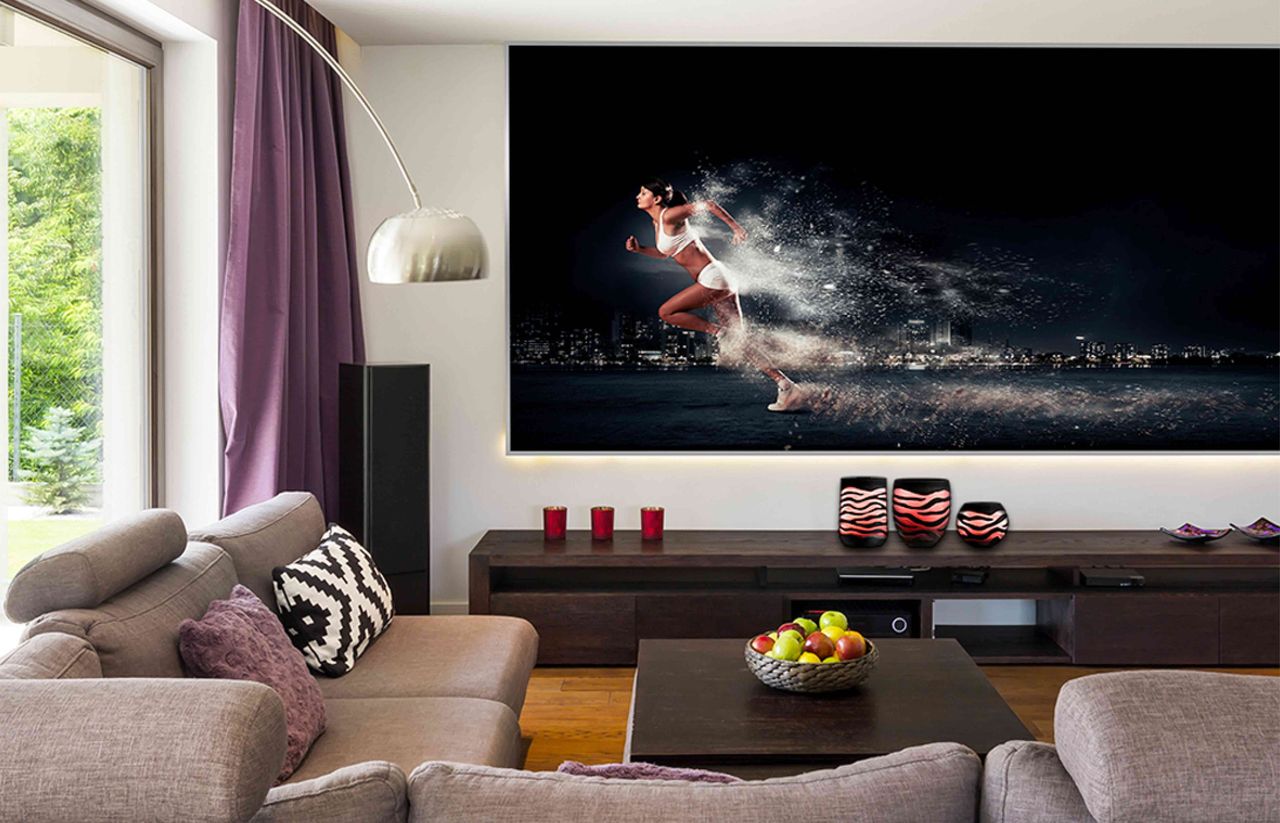